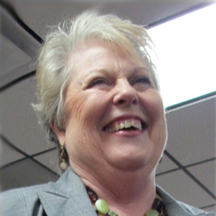 Frankie McMurrey’s career in youth development began when she took over management of a large child care center serving children ages 6 months to 12 years.  Coming into the child care field from a career in banking was quite a transition but certainly learning came with experience.  After 7 years, the business was sold and she went back to school and earned a Bachelor of Science in Child Development from Texas Women’s University. Soon after graduation, she obtained an evaluation and training position with a prominent nonprofit agency where she learned many other facets of social service management.

Frankie has taught classes at both community college and university levels in management, curriculum design, certifications and youth development. In 1985, she was hired as Executive Director of a small nonprofit agency that managed school based afterschool programs.  Starting with only 8 programs, she grew the agency consistently over the next 25 years. At the time of her retirement, the agency had over 80 programs serving over 3,000 children a day with a staff of 300. During this time the agency managed to diversify funding sources to include national, state and local grants and contracts.

Frankie believes a strong training component is needed to have quality, effective programs.  She frequently managed training grants both at the national and local level. She became a trainer for NIOST and helped pilot the NAA National Accreditations Standards. In 1995, she received a Master in Education with emphasis in Youth Development from Concordia Saint Paul in Minnesota.

In 2003 Frank Eckles introduced Frankie to the CYC Certification and the CYC: Basic Course. Immediately, the process was started with 15 agency staff and the training transformed staff. Quality of programs increased, and staff commitment to their jobs was enhanced. A year or so later, Frankie became a CYC trainer.

Even though Frankie is retired from the agency she grew, she still does training and consulting. In addition to the CYC training, she also trains on Search Institute’s Asset Development and the Bringing Yourself to Work program developed by NIOST.  Her consultant skills include staff management, board development, budgeting, marketing and grants both implementing and managing. She is known for her organizational skills and was a founding member and president of the state afterschool organization and still serves on some afterschool state boards and committees. She stills follows the profession closely and attends many of the informational meetings. She looks forward to enhancing and sharing her skills with other professionals involved in the youth development field.